To become a beautiful beast

I hate it. The discussion about the difference between men's and women's humor.

But a good friend's organization asked me to write a column about this.

Why do we have to classify everything? Put everything in boxes? Always have an opinion or a judgment about it?

Not so long ago, it was perfectly normal to say that women have no humor. How stupid and blind we were those days?

But I've got news for you: Women are ready and unstoppable as comedians ánd by the way also as leaders. Yes if they go, they go all the way.

Well then, here we go.

What's the difference between male humor and female humor?

Well you're not going to like it. I'm not making any friends with this.

But if you want a statement, you can have it.

And the worst part of this is that we knów it. It's kind of normal. We accept it.

Trump is a lunatic. But hey, he is a man, right?

If Trump was a woman, he would have been burned at the stake, long ago.

Women know how to create, grow and build.

Men know how to fight, destroy and waste.

Women have a long term vision.

Men have to buy another new thing.

Look at the world. Built up by men.

The automobile is an example of that. What a stupid invention.

The car was supposed to function in all weathers! But it rusts!

What a shitty invention!

What was wrong with the horse anyway?

Or the Teflon pan, another invention that makes us all sick.

Oke, what was this speech about? About male humor and female humor.

Look, I'm angry. But someone, I think a man, once said that showing emotion is not professional.

Professional... Another classification. A pigeonhole.

Okay, not professional is: showing emotions.

If you have emotions you are quickly seen as a problem person.

Hysterical. Ready for the stake.

Trump is allowed to do it too, right? We don't even get to impeach him 3 times in a row.

Is this talk about humor yet? No, not yet.

Men fight with words over who is the strongest, draw the swords, sharpen the knives. Women use humor to connect.

An example of men's humor about their part in a movie:

Man 1: It is a great movie despite that eternal Halloween head of yours.

Man 2: I didn't see you at all in the movie. Or is that because of your usual nondescript, insipid personality?

Women, as species, have been tiptoeing around for years. To get it all right.
Basically, they have to be beautiful, have to be pleasers and have to shut up.
In the soul of the woman,
she has been taught that she cannot do it,
she is not good enough,
is unprofessional and humorless.
In the soul of the woman there is still these thoughts:
I am stupid,
I can't do it,
I am too sensitive or I am not normal.
The woman has been maneuvered into an impossible corner.

Well see how hard it is then, to step on a stage with humor.

Women do not always have to connect, but may also make a mess of it, sharpen the knives, show emotions, scream and be unabashedly ugly.

Just look at what happens on stage then!

Look at the speeches of Beyoncé, Oprah, Madonna and Meryl Streep.

And then a woman's humor is much more versatile. She can do both score and connect.

They can only breathlessly watch the magical evolution of the advancing power of the women and mercilessly see, how they themselves, with only the capacity to 'prove themselves' have completely missed the boat.

Yeah, I like it. There is something to this pigeonholing. 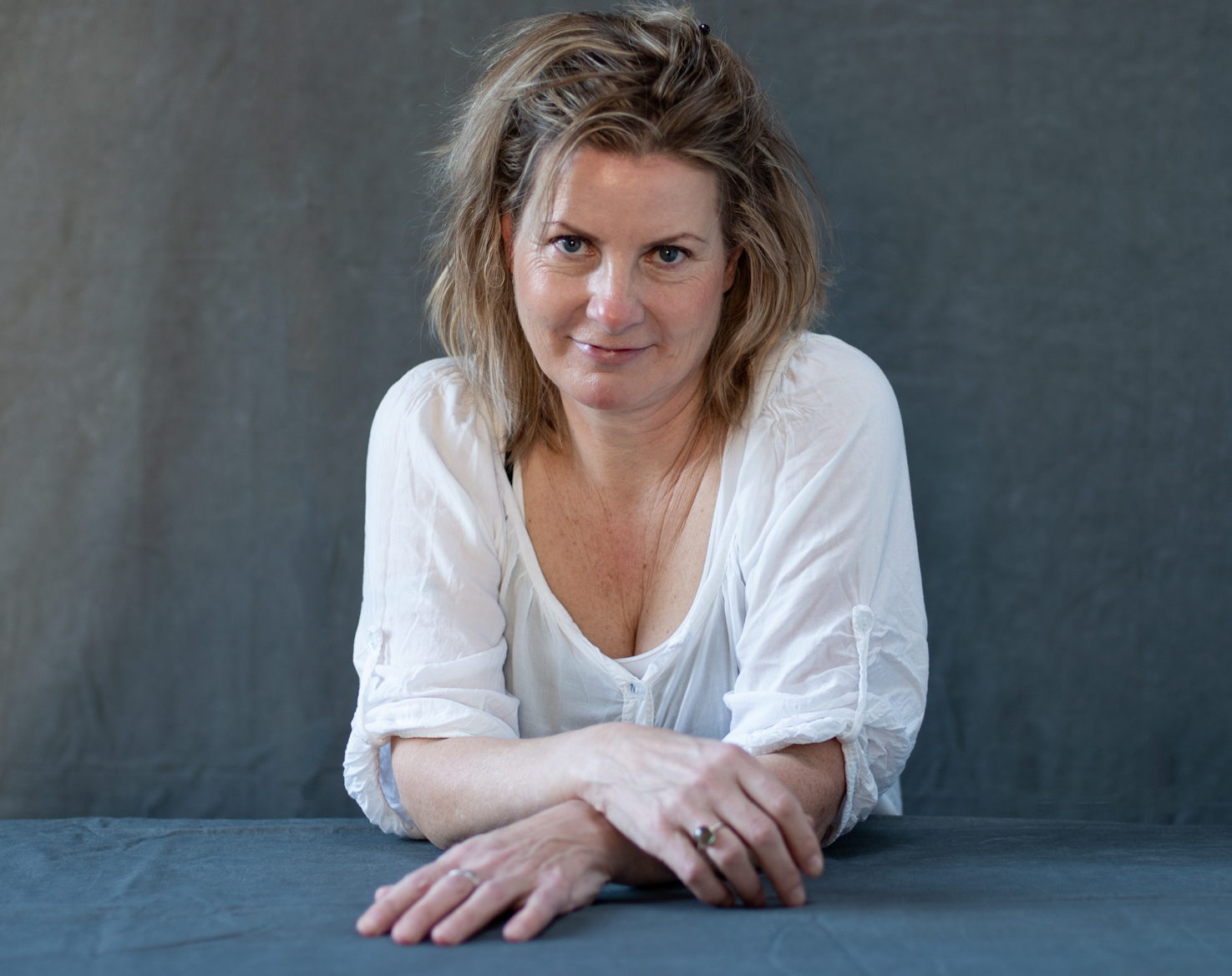 She is a speaker coach for pitches, Ted talks, seminars and book presentations. Malinca makes everyone playful and knows how to put her finger on the sore spot in a loving way, for which everyone is usually very grateful. She has studied High Impact Leadership and followed the Women's Leadership Program at Carla Clarissa and considers everyone who takes the stage as a leader. Her roots lie both in the funniest province of the Netherlands, Brabant, and in the most serious province of the Netherlands, Gelderland.

She is living in Holland on the countryside between two rivers with her unconditional lovers: her man, 2 dogs and their Bed & Breakfast.